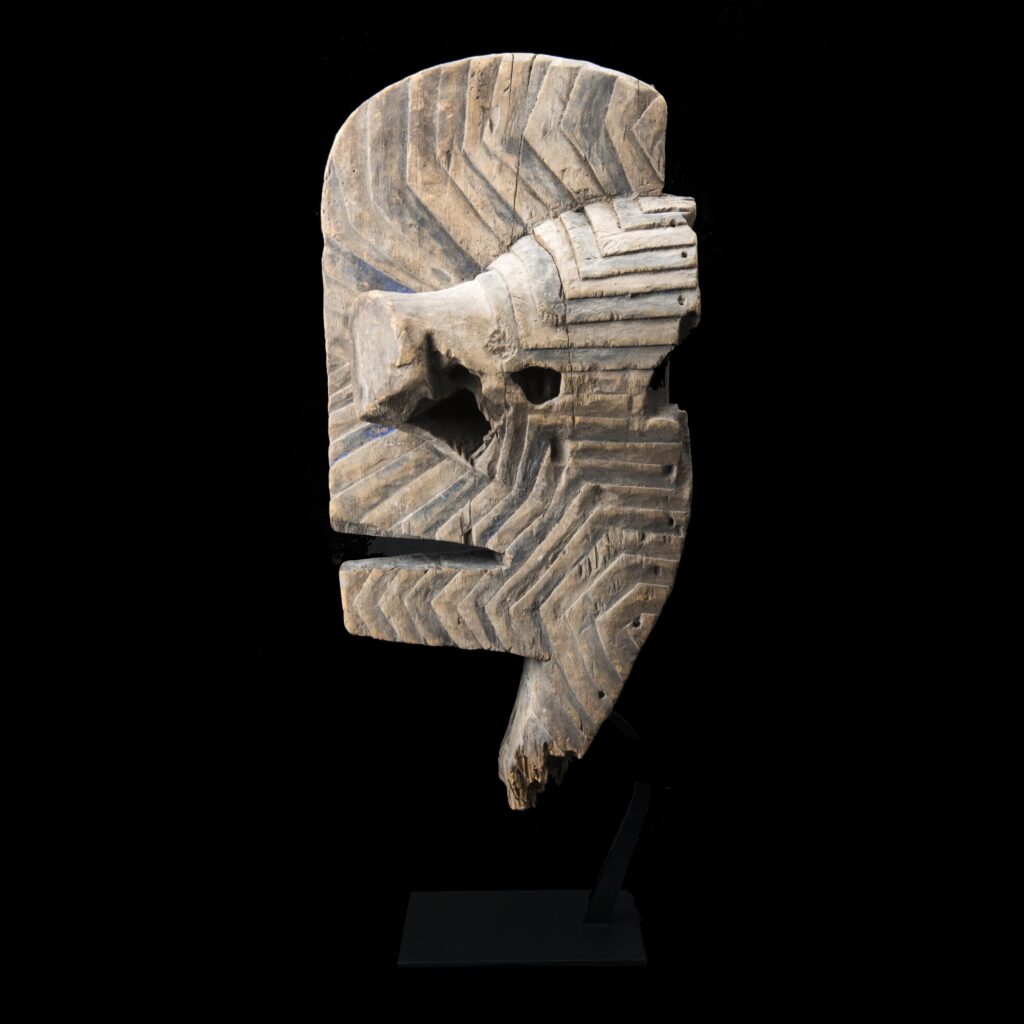 DESCRIPTION/EXPERTISE
Kifwebe (sing.) or Bifwebe (plur.) masks were believed to represent ancestor spirits or to have embodied supernatural forces. They were used to ward of disaster or threats. The bifwebe were worn at various ceremonies, including initiations, circumcisions an funerals), in combination with woven costumes and long raffia beards. Bifwebe can either be female (kifwebe bakashi) or masculine (kifwebe balume) and were mostly used together during the ceremonies. The bifwebe depiciting females are mostly white and are characterized by a black vertical line running from the top of the head to the chin, while male masks are mainly polychrome (red, as considered a more active color associated with blood and vital power, with black and white highlights.) and have a very determined sagittal crest. It was also common that animals were respresented in a symbolic way. Stripes for example were often associated with antelopes or zebra’s, while the difference in depictions of the face (eyes, chin, mouth) often refer to animals like the chameleon, crocodile, buffalo and many others.