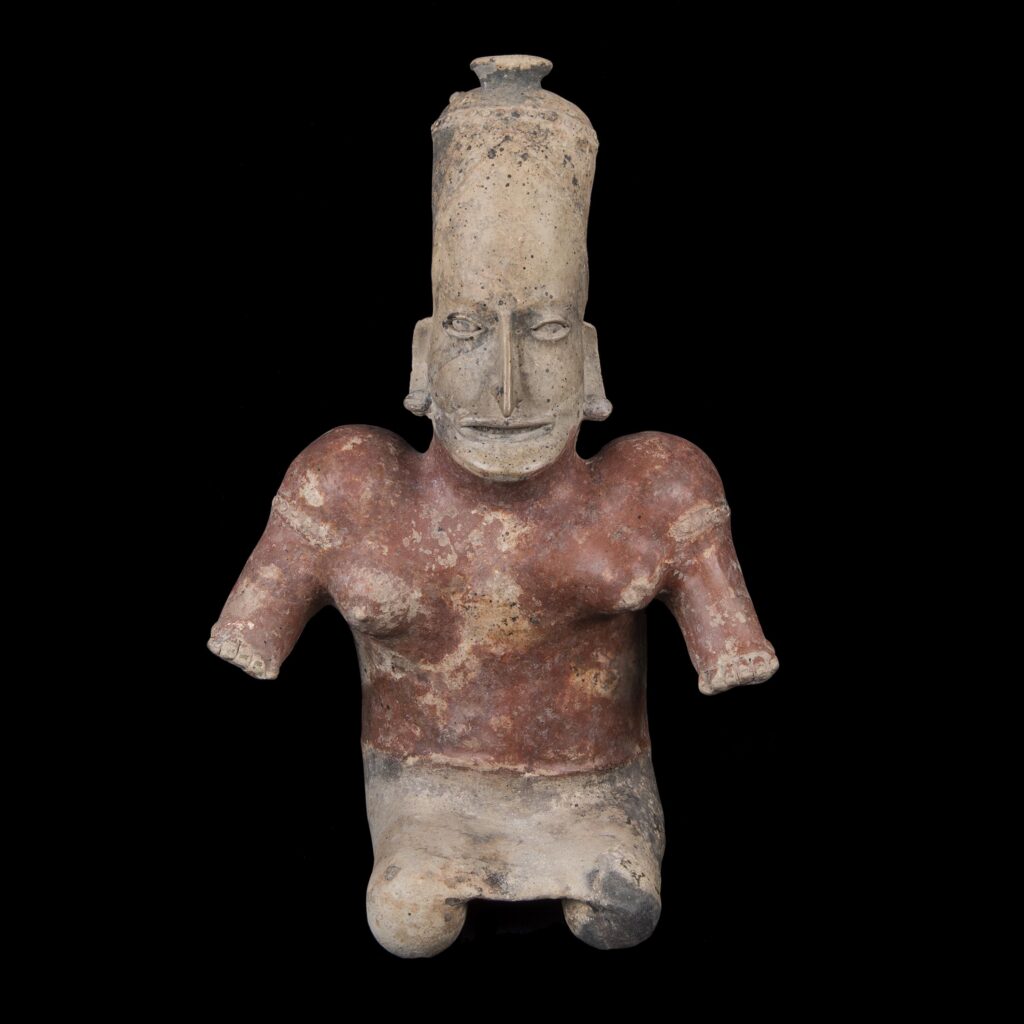 DESCRIPTION/EXPERTISE
This hollow ceramic statue of a kneeling female figure is typical of the Jalisco-Ameca style of west Mexico. From around 300 B.C. till 400 A.D. the ceramic art of West Mexico was classified into three main styles: Jalisco, Nayarit and Colima. Each style consisted of sub-styles, which were named for archaeological sites or villages in the areas. This object is an example of a ceramic statue of the Ameca, a sub-style of Jalisco. Most of the Ameca-objects were found at the site of Ahualulco.

Very characteristic for Jalisco-Ameca ceramics are the elongated faces, with high foreheads (a sign of beauty and status in many Mesoamerican societies) often capped by turban-like headgear; long aquiline, narrow noses and wide mouths, which are often slightly open. Also very typical for these statues are the eyes, which are wide with pronounced rims created before baking by adding separate strips of clay.

In comparison to male statues, the females are often portrayed with short, thick arms, with carved nails and quiet unarticulated legs, which are put in a kneeling position. These characteristics were not to indicate deformities, but were rather accepted as stylistic conventions. Their torsos are often very large, with small breasts but exaggerated shoulders, often decorated with pellets, or as in this case, with beaded bracelets on her upper arms. Most Jalisco-Ameca ceramics are painted in cream, reds and browns. In this case her torso and arm were slipped in red, while her face and knee length skirt are painted in cream.

Figures like this one were found in graves or tombs and were most likely offering to the death.

CF:
A female statue with very similar characteristics is to be found in The Metropolitan Museum of Art, New York. Another similar object belonged to the Fred Eiserman Collection, New York, and has been sold to a private collection in 2010.