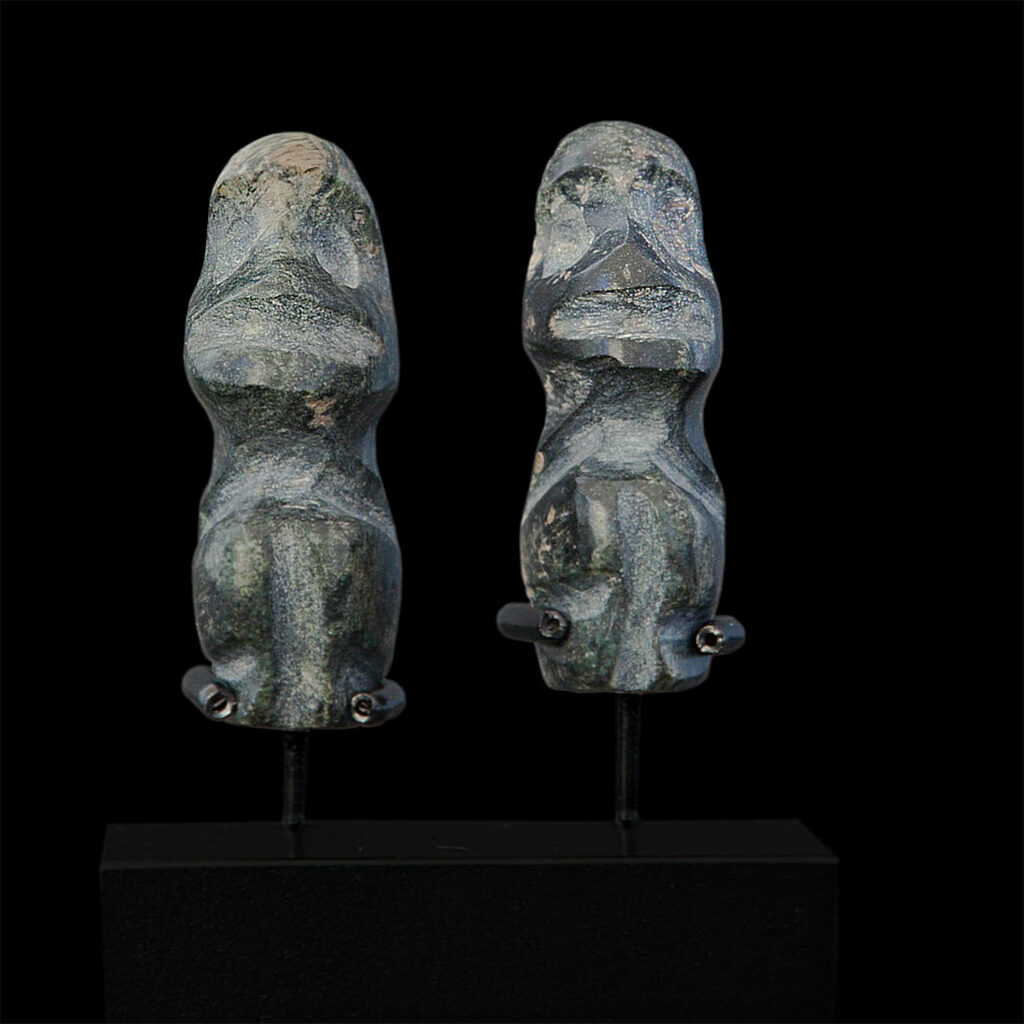 DESCRIPTION/EXPERTISE
The Mezcala culture is a pre-Hispanic culture, indigenous to the Middle Balsas river region of Guerrero, a state in southwestern Mexico. The culture, with it’s very rich lithic tradition, is believed to be developed during the third and second milennia BC and continued into the Classic period (250-650 AD).

The inventory of Mezcala artifacts contain animal effigies, ritual objects, amulets etc., but of the entire gamut of representational subjects, stone standing figures, like these ones, seem to be the only kind whose production spanned the whole cycle of the Mezcala lithic tradition.

Carlo Gay developed in 1967 a classification of the human Mezcala figures, assigning even numbers from 2 through 26 (preceded by the letter ‘M’ for Mezcala), to make a list of 13 prototypes, which identify the most typical and frequently occuring examples of Mezcala human figures.

These figures could probably be classified as types M-4, as the mouth is indicated by a horizontal groove, while the shoulders slope naturalistically and the apex of the triangular cut between the legs nearly touches thec enter of the underside of the arms. The arms, defined by inward curving, narrow grooves and lacking hands, overhang the well-recessed legs. The backs are vertically curved and rounded by the sides.

Almost all of the M-4 standing figures seem to be anthropomorphized functional axes, which were consistently carved from green diorite. The axe, as the earliest all-purpose tool developed by man, was highly valued. That the carved axe-figures were consistently carved from dark-green diorite suggests the color itself may have been prized as a virtue, as it may also have been for the axes themselves.

Save for very rare exceptions, sizes of M-4 figures range from 7 to 12 centimeters.