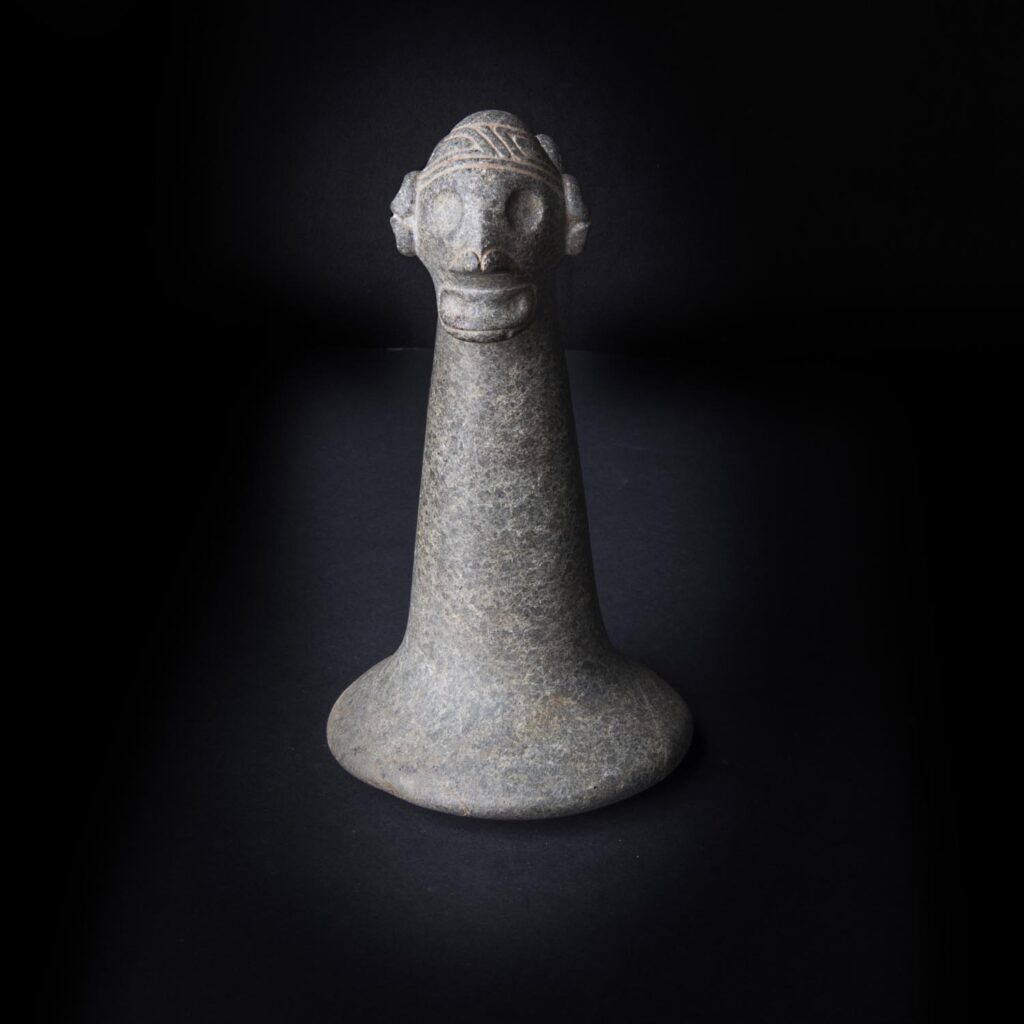 DESCRIPTION/EXPERTISE
The Taíno were part of a complex mosaic of native cultures inhabiting the islands of the Caribbean. The Taíno were the first indigenous people of the westen hemisphere to meet Spanish explorers. When Christopher Columbus landed on Hispaniola, the island which is nowadays Haiti and The Dominican Republic, in 1492, the native inhabitants of the island identified themselves as Taínos – a term meaning ‘good’, ‘prudent’ or ‘noble’.

Pestles were used to grind the cohobana seeds, and/or tabacco, and lime for different admixtures used in ceremonial rites. The local tobacco, a powerful narcotic, was combined with powdered lime from crushed shells and sometimes added to cohoba. This blend accelerated and intensified the drugs psychotropic effects. Stone was the medium of choice, but examples of bone also exist. Mortars on the other hand are rare compared to the number of existing pestles. This may be due to the carver’s choice of wood over stone, which is far easier to sculpt.

Object collected in Dominican Republic and incorporated in European collection at beginning of the 1960’s.