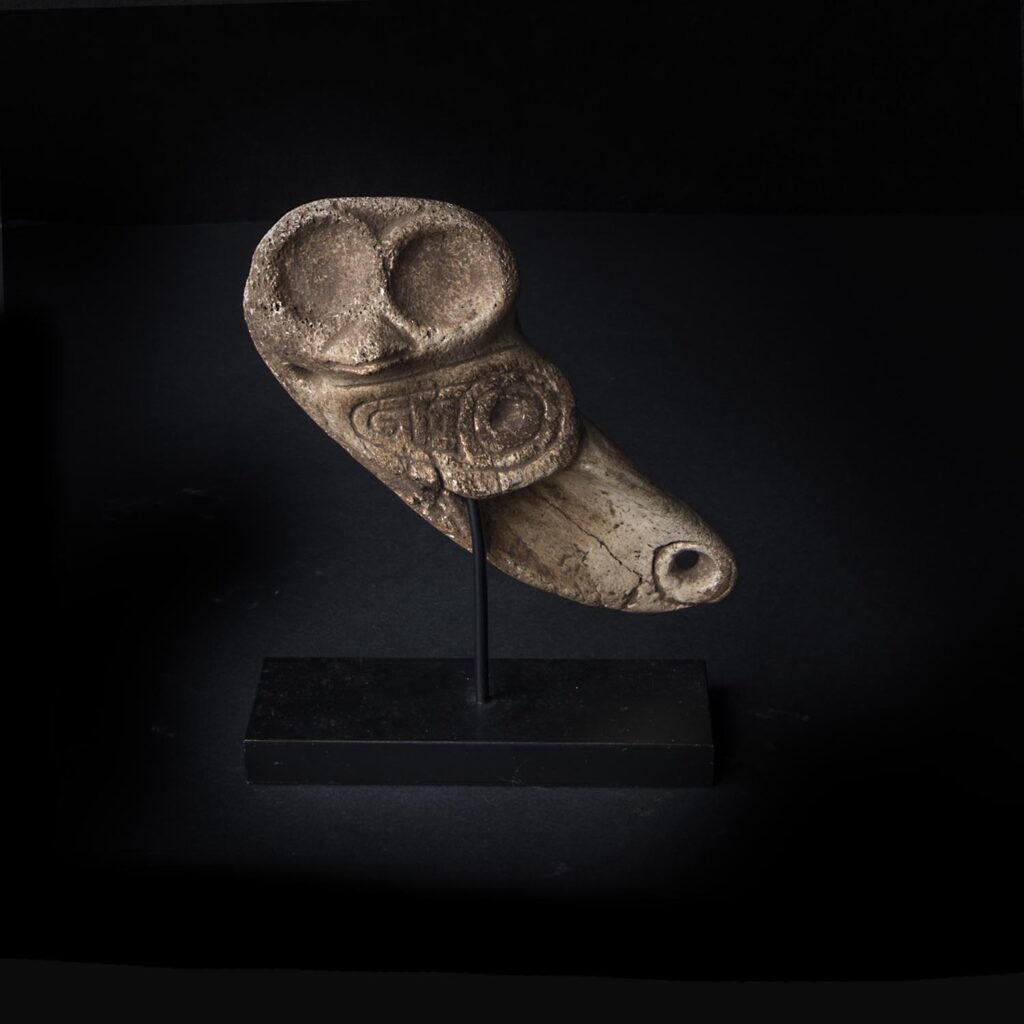 DESCRIPTION/EXPERTISE
Figural pendants, like this one, documented the gods and animal deities worshiped by the Taíno people (a complex mosaic of natives cultures inhabiting the islands of the Caribbean and the first indigenous people of the western hemisphere to meet Spanish explorers) who wore these small objects day and night as they believed the pendants held religious, ancestral or totemic importance.

Though pendants might seem quiet inconsequential, due to their size, they are actually the primary art form and the epitome of the Taíno aesthetic.

The most common amulets simulate human forms, but animals are a close second. This pendant represents one of the most commonly represented birds in Taíno culture, the owl. These nocturnal birds were associated with “opias”, the spirits of people who died, which made them to be seen as symbols of death. The owl’s affinity for caves and the caves affiliation with the underworld, added to their dark mythology. The Taíno thought the calls of the owls heralded the end of a human life. They were consulted by shamans under the influence of cohoba* to help retrieve the soul of the sick from evil spirits. Some bird pendants have additional drilled holes, in this case visible in the tail, that probably held supplemental plumage.
The wing of the owl is assembled by a circle with a beak, a typical bird symbol, which refers to a bird’s head.

The object is made of manatee bone. Compared to other Amerindian cultures, manatee bone is very prevalent in Taíno art, probably due to the fact that besides manatee there were no large animals on the islands, so the large sea creatures were probably one of the most important resources for meat and bone. Besides it’s accessibility, manatee bone is also soft, which makes it a pleasing medium to work with.

* Cohoba seeds, from the cohobana tree, were used by the Taino for intoxicating purposes, mainly during rituals