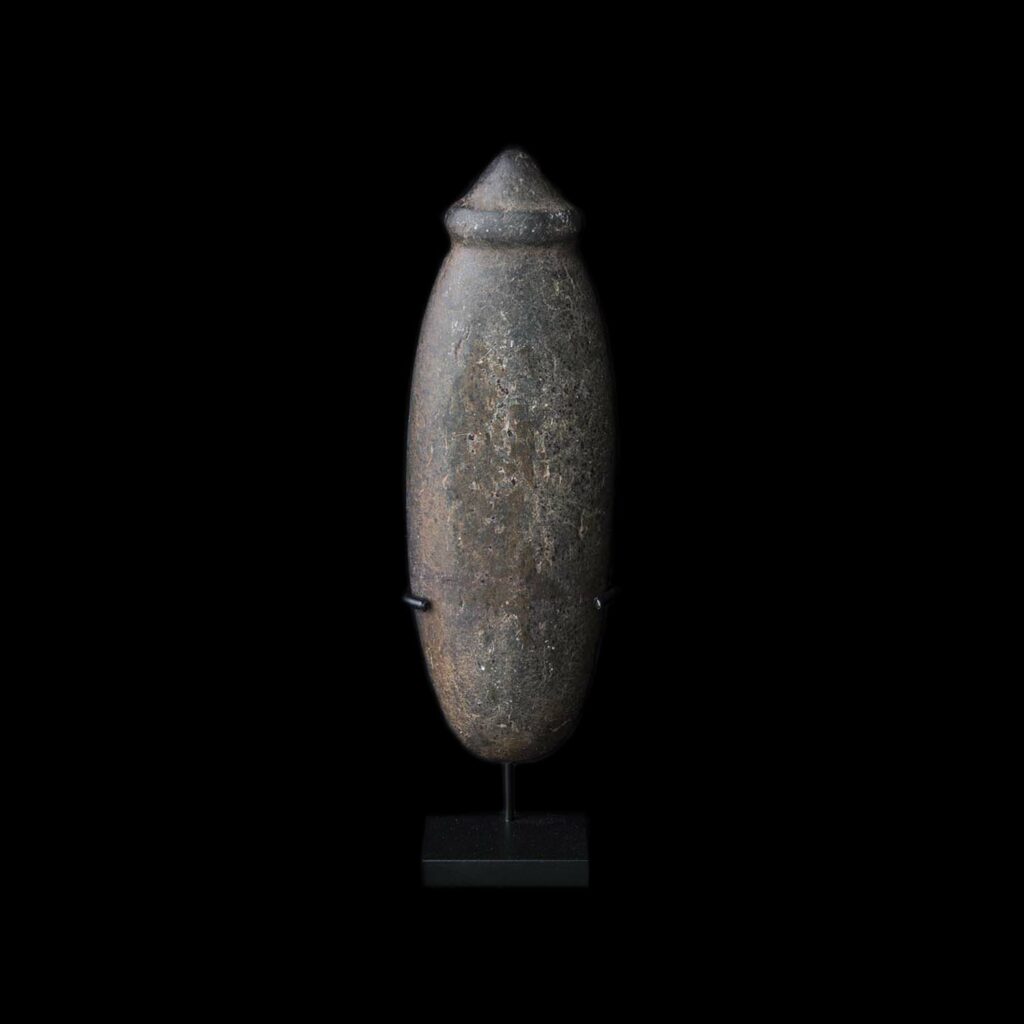 DESCRIPTION/EXPERTISE
This Taíno* object is a petuloid formed Celt or axe, which could be used for utilitarian- or for ceremonial purposes. In the Taíno culture the stone celts are typically petuloid shaped, with a sharp bit and elongated body that tapers to a rounded point.

Celts are rare among Taíno artefacts and it is not sure how they were used exactly during Taíno ceremonies, but the craftmanship and detail indicate they were prestigious reliquary owned by important chiefs or shamans. It is also possible the Celts were used as a form of currency, as they were found throughout the islands from Trinidad to the Bahamas and their prominence points to an established system of exchange.

Celts can vary in size from imposing axe forms to dagger-like examples.

It is unlikely that this celt was used for utilitarian purposes, as there are no grooves for hafting and it doesn’t show any signs of wear. The laboriously refined finish rather suggests it was made for elite consumption.

* The Taíno people were a complex mosaic of natives cultures inhabiting the islands of the Caribbean and the first indigenous people of the western hemisphere to meet Spanish explorers.