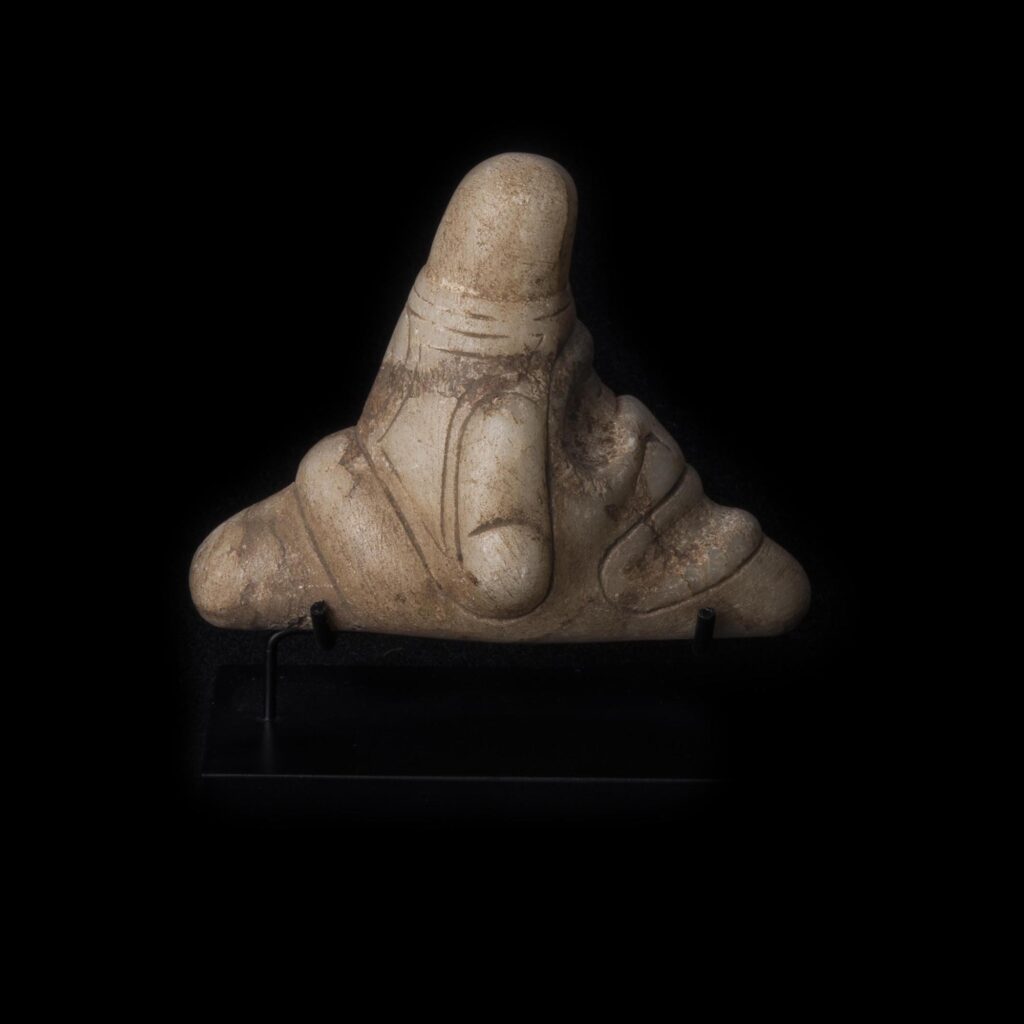 DESCRIPTION/EXPERTISE
A Zemi or Cemi is a collective term in the Taíno* culture for “sacred thing”. It could be a deity, or a spirit of an ancestor for instance, but the term also refers to the sculptural object housing the spirit. The sculptural Zemi could take many forms, but the earliest recognized were objects like this one, carved in the form of a triangle. They are called three-pointed Zemis.

These Zemis were used by the Taíno during the Cohoba snuffing ceremony, in which the shamans inhaled the seeds of the cohobana tree to produce a psychedelic effect in purpose to communicate with deities. Zemis, mostly made of stone, bone or shell, were indeed consulted by the shamans during the ceremony to make decisions concerning natural phenomena, politics, military action etc. Sometimes they were used to help women in labor.

In 1907 J.W. Fewkes (1850-1930) established a standing criteria for indentifying three-pointed Zemis into four types. Because this one is characterised by a head on one side of the conoid, without the presence of legs on the other side, it is classified as a Type 2.

This Zemi in particular represents Yucahu, the supreme male god, lord of cassava (a principle food source) and deity of sky and sea. As in this case, he is often depicted with a gaping mouth. Some believe Yucahu Zemis were also buried in gardens to assure the growth of cassava.

This Zemi is made of marble. Caribbean marble could range from white to light gray and was found on all the larger islands and especially the Samana Peninsula in eastern Dominican Republic.

* The Taíno people were a complex mosaic of natives cultures inhabiting the islands of the Caribbean and the first indigenous people of the western hemisphere to meet Spanish explorers.