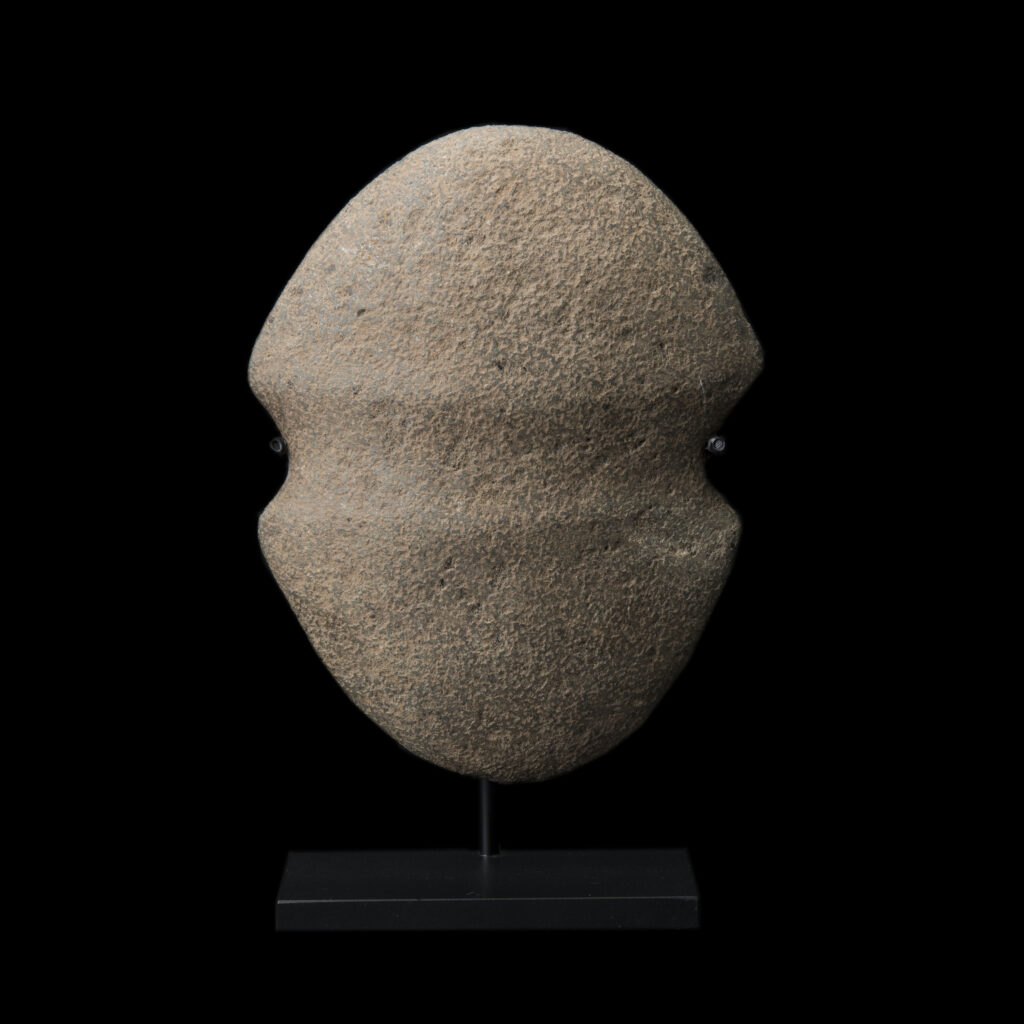 DESCRIPTION/EXPERTISE
This large stone double-bitted ax was found on the Dominican Republic and can most likely be assigned to the El Povenir Culture, which inhabited the adjacent part of Hispaniola that is now the Dominican Republic during the Courian Subseries, a classification designating the period that ended some time just after the Lithic age and just before the Ceramic age (2000 B.C.- 250 A.D.)

This ax will often be described as a pre- Taíno object, referring to the well studied Taíno People , a complex mosaic of native cultures inhabiting the islands of the Caribbean, who were the first indigenous people of the western hemisphere to meet Spanish explorers in the 15th century.

The Courian Subseries is best known for its macroblade technology. These flaked-stone blades exhibit substantial continuity with Lithic Age technology.
Typical for objects of the Courian Subseries is the use of ground stone. It was used for objects such as dagger-shaped knives, conical pestles, stone balls, pendants and also single- and double-bitted axes such as this one.
Most Courian axes are made from basalt, a material that does not hold a sharp cutting edge. These tools may have been used for digging in heavy clay soils in the same manner as a hoe. They were most likely strapped to a large staff with strips of leather. Some scholars do believe these axes may have also been used in combat.