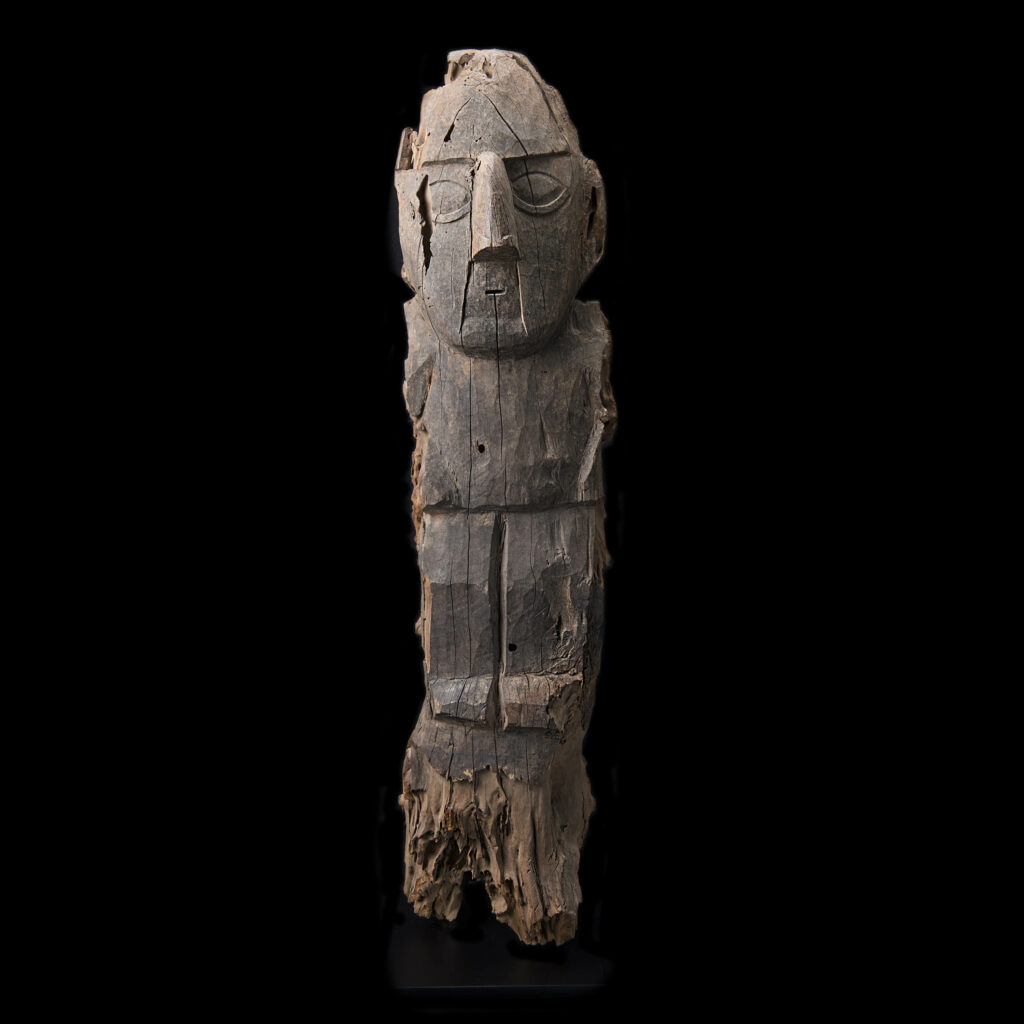 DESCRIPTION/EXPERTISE
This Pre-Inca wooden sculpture dates from the Late Intermediate Period (900-1450 A.D.) and can be attributed to one of the Pre-Inca societies located around the Peruvian eastern coastline. The most representative coastal societies in this period were from north to south, the Chimu, the Chancay, and the Chincha. These civilizations lasted as independent entities until they were conquered by the Incas in the 15th century.

This wooden statue has characteristics, such as a prominent protruding hook nose, large incised almond shaped eyes and obvious lines around the mouth, which can be attributed to the art of the Chancay people. As already mentioned this culture inhabited the central coast region of Peru, centering it’s activities in desert regions, such as the Chancay and Chillon valleys.

Artistically, they are especially known for their textile, weaving art and ceramics, but rather less for woodwork. They fabricated objects for daily use, but also for decoration and worship. They used local wood from their coastal desert area. More common in Chancay art are the wooden carved human heads, which were used to crown mummified persons as a mark of their status as deities. Full portrayed bodies, like this object, are more exceptional and could have indicated the political power of a person.

It is clear by the presence of the desert wood in the back, that there is an emphasis on frontality in this object, which means it was intended to be viewed from only one vantage point, the front. It is possible that the statue was part of a larger object, some sort of pole for instance, and was later removed from it. The arms are missing, but looking at other Chancay artwork, it is very likely the arms were next to the body, possibly with the hands up to the sky, as is often seen in Cuchimilcos, Chancay ceramic statues.