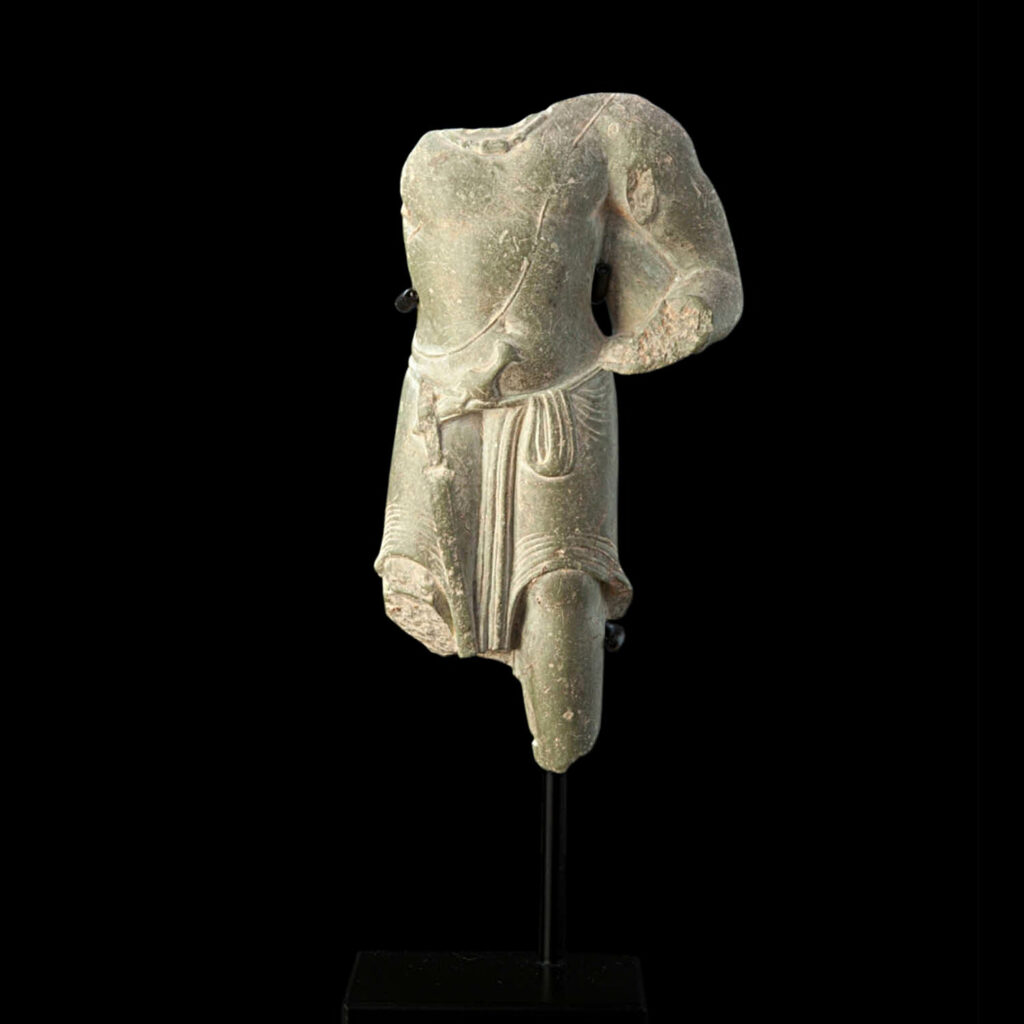 DESCRIPTION/EXPERTISE
Classic piece with most of the torso and upper limbs remaining. It represents a Hindu or more likely a Buddhist God, most likely Bodhisattva – who is an enlightenment being. It can be anyone who, motivated by great compassion, has embraced qualities like self-sacrifice and morality.

Gandhara was an ancient kingdom in the Swat and Kabul river valleys in modern-da northern Pakistan and eastern Afghanistan. It lasted from about 990 BC to around the 11th century AD. The Kingdom attained its height under the Kushan Kings during the 1st century untill the 5th.
Ghandhara is world famous for the specific style of Buddhist art, which developed out of a merger of Greek, Syrian, Persian and Indian artistic influence. After the invasion of the White Huns in the 5th Century, the civilisations declined and suffered destruction. The Taliban who destroyed the famous Bamydjan Buddha’s, regarded as the largest in the world, caused worldwide protests.