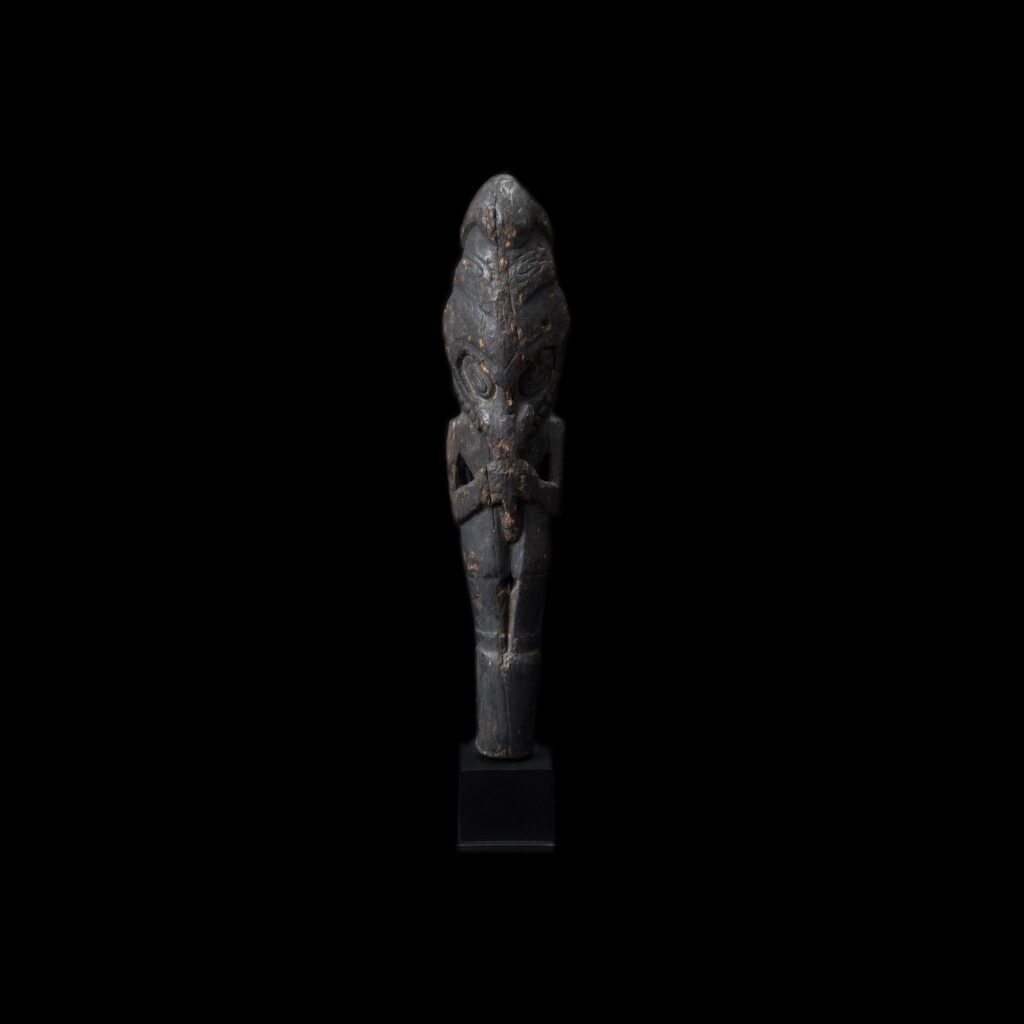 This beautiful wooden carving played an important role in Papua New Guinean society ceremonies such as initiations or other rites, in which the emphasis was placed on reaching out to ancestor spirits. This object is called a “wusear” or flute stopper. In New Guinean societies it was extremely important to have a good connection with ancestor or nature spirits, as they believed they could protect the villages from disasters as drought, fire, or enemy raids. Almost all New Guinean art, such as statues and masks were made as temporary residences to house the spirits. Also very important were the bamboo flutes used to give the spirits a voice. It was believed that when the flute was played during ceremonies, the spirits were present. The flutes themselves were most of the time very basic, made out of bamboosticks up to 2 m long, and were often burned after the ceremony. It was actually the wooden stopper which was most important and was kept safe in order to use for other important ceremonies. The stopper, carved with great detail and a maximum of precision, was put on the mouthpiece of the side-blown flute* in order to protect the ancestors from other evil spirits, or some believe the stopper actually represented the spirit who was heard through the sounds the flute produced.

In this case the carved figure belongs to one of the societies of the Lower Sepik River Region and can be identified as a Gai Masok, a spirit figure whose face is characterized by a long trunk-like nose, which resembles a bird’s beak. Birds play a major role in Sepik River mythologies as it was believed that certain ancestors had the ability to transform into birds.

* Most forms were played in the manner of a western flute, by blowing across a hole bored in the side of the instrument near the upper end.