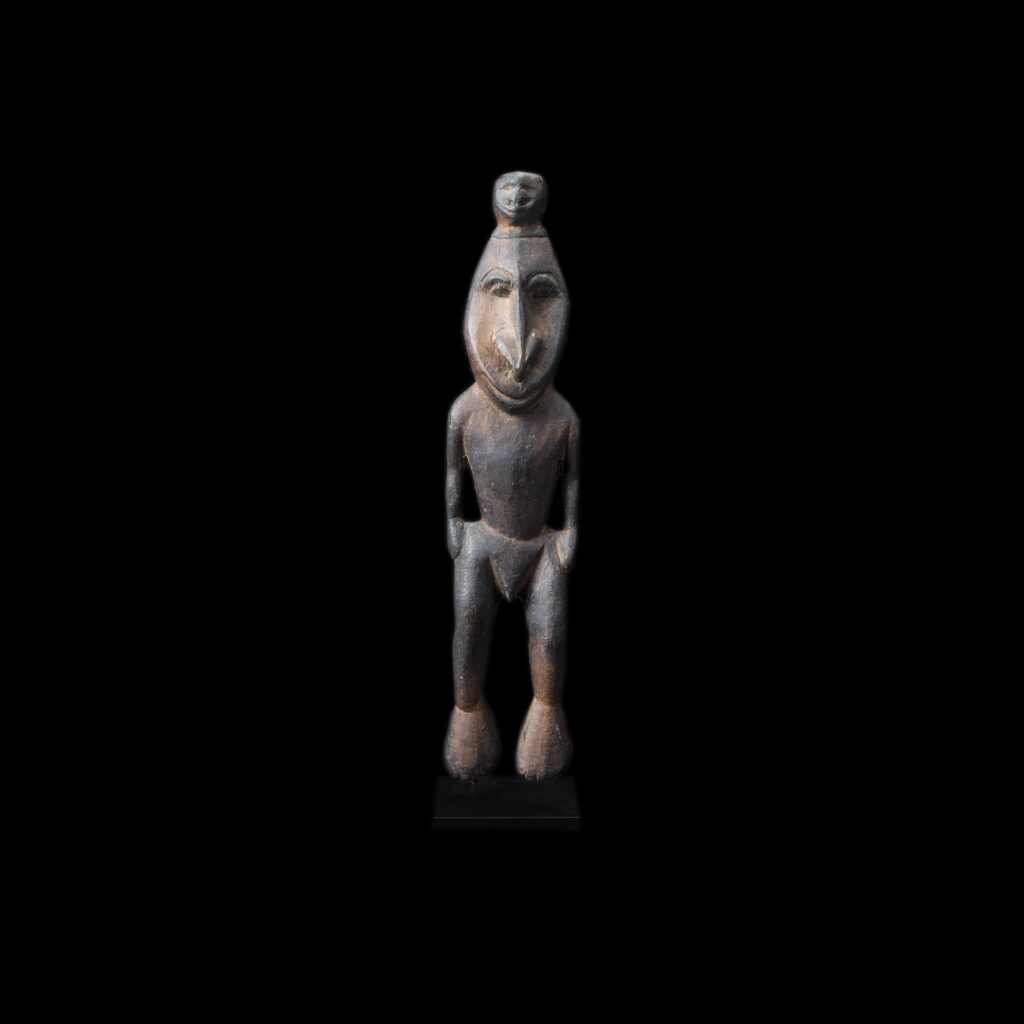 This carved wooden statue of a male figure belongs to the Murik culture, referring to the people living in the villages around the mangrove lakes at the mouth of the Sepik River along the north coast of Papua New Guinea. These figurines are also known as “Kandimbong” and depict important ancestors. It was believed that the object contained an ancestral spirit which could communicate with the living elders. They were treasured in men’s ceremonial houses, whereas the smaller examples such as this object, were used as amulets or set up in personal shrines.

Figurines from the lower Sepik River region can be defined in two major groups, the “Kandimbongs”, naturalistic ancestor figures such as this one, and the “Gai Masok”, spirit figures whose face is covered by a mask characterized by long trunk-like noses, referring to a birds beak. Although the heads of kandimbongs are slightly distorted and oversized distinguished by an oval form, they are still considered naturalistic. Typically for Murik statues is the emphasis on the nose, which is portrayed naturalistic, but exaggerated with flaring nostrils, signifying masculinity.

Also typical for these statues are the narrow thin arms, framing their torsos, bent knees and sloping feet, if not put on a base. Some believe that the flexing of the knees refers to a dancing cult. That’s why these statues are often described as male dancing statues. Among the Murik, dancing was and still is considered a sexually charged activity, in which males often wore masks with the important bird-like features. This figure isn’t portrayed with such a Gai Masok mask, but it does have a conical knob on its head which is believed to have served for the attachment of a feather headdress.

During such ceremonies the people from the region often used red ochre as a bodypaint. Most of the kandimbongs, including this one, show traces of red ochre.